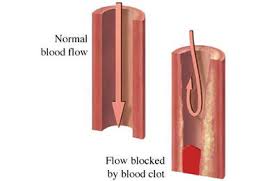 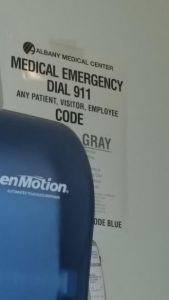 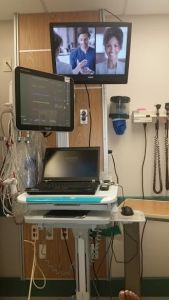 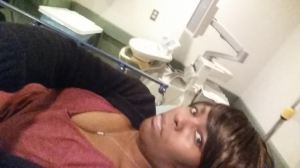 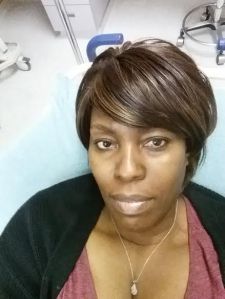 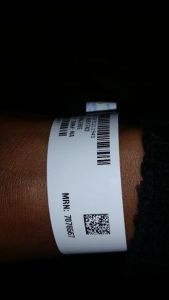 So, I spent the night after retrieval in excruciating pain.  First it was the awful gas bubbles in my tummy that were trapped and had no where to go.  I was ridiculously uncomfortable.  I way lying in bed and then noticed the backs of my knees were also hurting pretty bad.  I could not get comfortable and  my right knee pain was radiating down into my calf.  I was finally able to fall asleep after the Dulcolax I took earlier in the day kicked in.  I was still bloated and the abdomen was distended and my legs ached.  I told my camera man to keep an eye on me and if he noticed my breathing change to call 911 immediately.

I talked to my nurse when she called with the fertilization report and she suggested I go to Albany Medical Center.

When the camera crew was leaving, I arranged for a cab to come pick me up to and take me to the emergency room. I got there in about 20 mins, checked in and waited for a room.  I was seen by an ER doc and then sent to radiology in the middle of his interview.  I gave him my list of meds that CNY printed out for me to take over the next few days and off I was rolled to radiology.  That was THE longest ride ever !  I had a doppler done of the groin and both legs and the scan did not show anything above the knee.   After I was done, I was rolled back to the room #13 that I was previously in and two more ER docs and an assistant came in shortly after and explained that doppler scans and xrays do not show much below the knee and that it was suspected that I had a clot in the right leg in the calf. The good thing was that the Lovenox was started again after egg retrieval, so it will help dissolve any clots, being that it works very quickly, unlike Cumadin and other blood thinners that take days to build up in the system.  Lovenox begins to work within two hours of the injection. Next, the insurance coordinator came in and got my information, registered me, and took copies of my insurance card and id.  I relaxed on the cot and watched television for two more hours before they finally let me go.  It took AN HOUR for a cab (after calling 2 different companies) to show up to pick me up and take me back to the hotel.  I ordered pizza on the way back and it arrived within 20 mins of my return.

I was instructed to walk several times a day to increase blood flow and to monitor for various symptoms.

The leg pain was gone by last night before bed, so I was happy about that.  The bloating has done down some and I am no longer in pain.

This morning, I got up an inserted the estrace, Endometrin, did the PIO injection, took the antibiotic, and later took the Prednisone, Claritin, and prenatal vitamin.  I have to insert the Estrace three times a day and the Endometrin twice a day.  I was going to do the Delestrogen, but since my elevated hormone levels are the cause of the blood clot, I will just stick to the vaginal dosage.

Tomorrow, I have to report to CNY Fertility Center and Spa in Albany at 9 am for acupuncture and then I will be having my transfer of prayerfully all three of my embryos at 10:30 am.  I called today, but they do not check the embryos again until tomorrow so I am praying and hoping all three of them are still with us and growing and dividing strongly.  I won’t know about the 4th one until tomorrow either.  I have had dreams about three and so has my mom, so I am going to go with THREE ! 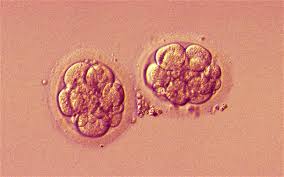 I spoke with my nurse at noon and she went into the Embryologist portal and read today’s embryo check report.  My embryos divided and look great.  They are thriving and still with us !  YAY !

I am beyond relieved. 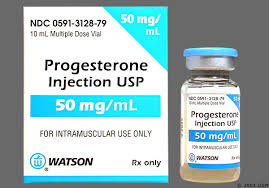 This morning, I gave myself a PIO shot and I pulled back on the needle and there was no blood so I did the injection.  After I removed the needle, a oily blood stream starts running down my butt cheek !  I went into freak out mode !  LOL.   I grabbed a washcloth, wet it with hot water and pressed it to my tush.

I heated up my aromatherapy heating pad and placed it on my buns and checked a bit later to make sure it stopped bleeding.  I guess I went down a bit too far today.  I will go back up closer to the flank next time.

I am sitting here waiting patiently for the phone to ring by noon.  I called my clinic to check on my chirren.  (lol)  I am praying they are both still growing and dividing beautifully and waiting to come back home to Momma on Monday with their other little frozen sibling.

It is my prayer that this is it the LAST time I have to do this.  No more ivf meds.  No more traveling hours away from home for eight nights and being bored to tears.  No more poking and prodding every two days….  I want a different experience. I welcome violent morning sickness, tender boobs, expanding midsection, thunder thighs, itching skin, pelvic pain, and even pushing babies out !  YES, I welcome it all as long as healthy little mini-me’s are at the end of that.

This should be the most natural thing a woman can do.  Hell, meeting Mr. Right and getting proposed to and living happily ever after for a woman who has it going on should be too, but such is my life !