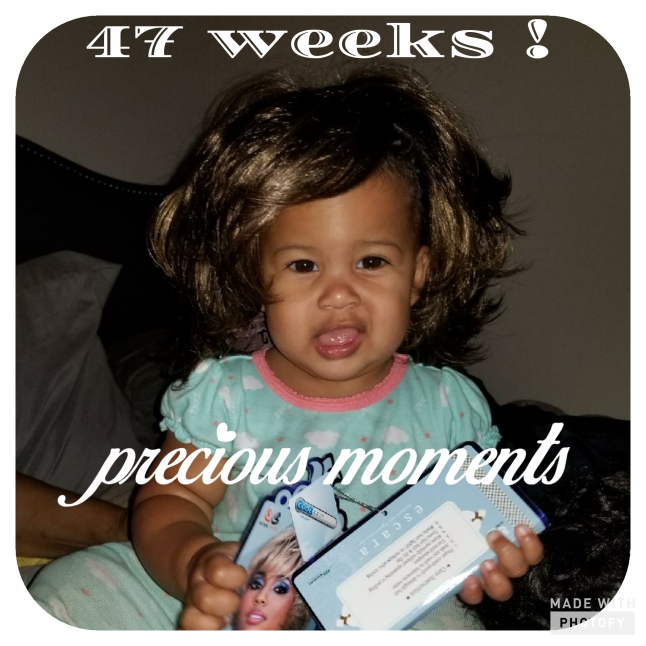 This week, baby girl had a ball being tortured with trying on Grandmom’s new wigs that came.

She hates when you place hats, wigs, or headbands on her head !  She snatches them off almost immediately so you have to have the camera ready. Lol 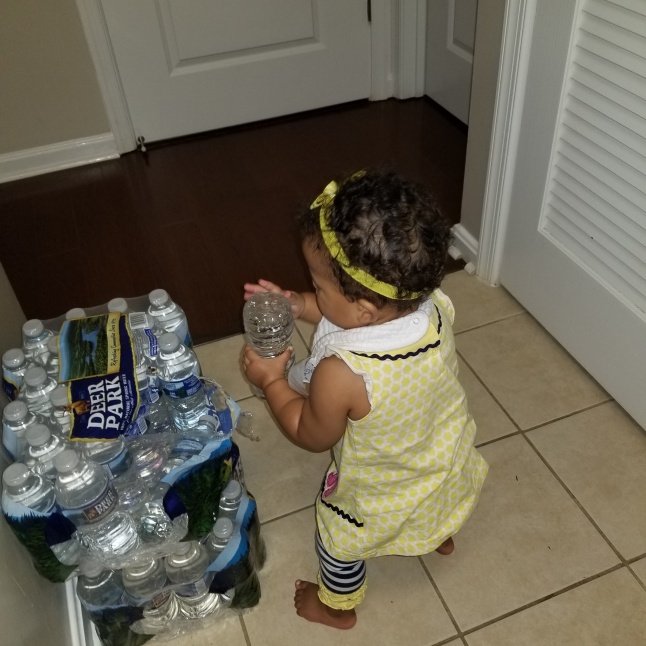 Above, I caught her standing but she refuses to take a step when summoned.

I do not think it will be long before she will be brave enough to walk unassisted.

This week we celebrated the last day of radiation therapy for my mom.  Now she starts infusion therapy of a new drug protocol next week.  This infusion will be done every three weeks for the rest of her life.

Things were looking up this week and she thought she could breathe a sigh of relief until yesterday she learned that my grandmother’s evil sisters are still targeting our family behind my grandmother.  My grandmom lives with my mom’s brother now because her dementia has progressed.  Her sisters were trying to get their hands on my grandmother’s money and trying to change her insurance beneficiaries to themselves.  They kept accusing my mom of abusing my grandmom and once the state investigated, it was determined to be unfounded on two occasions and the investigator from the area agency on aging stated that they realized that my aunts were doing this out of malicious intent and they would not be entertaining any more complaints.

That was three years ago almost.  Keep in mind we have not seen nor spoken to any of them, not even my grandmom because my aunts turned her against us.  Now they are back at it !  I ask for your prayers as we go throught yet another legal battle with these demons.  I will update more later…